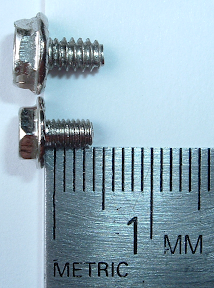 Many Americans tread cautiously around the metric system. It seems like a foreign language to many, and some get confused by the utter lack of fractions and the reliance on decimals. There have been many attempts to raise metric awareness in these United States over the years, and never with much success. There is a solitary Interstate highway that uses metric units to this day, Interstate 19 in Arizona. It’s a small stretch by many standards, connecting the Mexican border to Tuscon. However, the signs are due to be converted back to customary units.

Interstate 19 is the only interstate highway that features metric units of distance, or kilometers. Arizona Interstate 19 runs from Tuscon to Nogales, where it meets the border of Mexico. Because distances are in metric units, so are the exit numbers. Typically, exit numbers correlate with distance in miles. However, according to the New York Times, some people are getting confused by the signs, and the state government is looking at replacing the signs, which would cost more than $1 million. This could potentially confuse motorists even further and cause some longstanding businesses and tourist locations along the way to suffer. Mexican citizens may be especially confused, as Mexico uses metric units.

The system of measurement used in the U.S. is one of the many cultural holdovers from England. There have been some modifications, of course. However, measurements like pounds, inches, feet and miles are all English measurements in origin. According to Wikipedia, there are only three countries that do not use metric units as the official standard. The other two are Burma and Liberia. That said, metric conversion has been brought up before, most recently a study President Gerald Ford set in motion.

The signs on Interstate 19 will probably get modified in some way at some point, and it is not likely the United States will adopt the metric system any time soon. It is still taught in schools as part of the science curriculum, as scientists worldwide use metric units.

Wikipedia on metric use in the United States