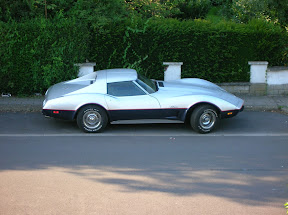 The Corvette gets better mileage than a full size truck with the same engine. Image from Wikimedia Commons.

Fuel efficiency in cars is something that every driver should be aware of. Picking a vehicle that won’t empty your wallet every time you fill up the tank is a good idea. This has been a major concern of the auto industry for a long time, and the best-selling cars on the market are all small sedans that get great mileage with 4- and some 6-cylinder engines. That said, there are some vehicles that are better off with an 8-cylinder engine, and would actually get better gas mileage.

The science of efficiency

In other words, a small engine that has to do more work than a larger engine for the same task will be less mechanically efficient. Thus, it will not perform as well. Thus, it also will not get the optimal gas mileage.

Bigger can be better

Motors with a V-8 configuration put out more horsepower than 4-, 5-, or 6-cylinder counterparts. However, most of the vehicles that come with an 8-cylinder standard are already large. For instance, the Chevrolet Silverado 1500 gets 15 mpg in the city. The Chevrolet Corvette Coupe has the same size motor, a 6.2 L V-8. The Corvette also gets 26 miles per gallon. The reason why is that the Corvette has less weight to pull.

In a larger vehicle, say a minivan or mid size SUV, if the vehicle is pulling the driver and a full passenger and gear load, the gas mileage will actually drop drastically with the smaller, less-powerful engine. Believe it or not, you will actually get better gas mileage in a vehicle that is not a full size pickup or SUV like a Suburban or Expedition if you opt for a more powerful motor. The engine won’t work as hard, will perform better and last longer due to less mechanical strain over its lifetime.