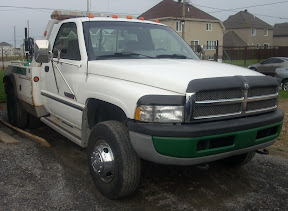 October was a great month for car makers as sales picked up, but the gap between truck sales and car sales has widened. This gap between the number of trucks purchased and number of cars purchased is a bit surprising. The assumption would be that in a down economy, more people would be buying economical, gas-sipping cars with a low sticker price. Trucks, however, dramatically outsold cars.

October auto sales made for a banner month. Nearly every auto maker posted gains except for Toyota, which was wracked with lawsuits and recalls that have caused it to lose ground in the court of public opinion. Truck sales made up 54 percent of new auto sales according to USA Today. Incentives helped quite a bit, as Ford offered initial zero-percent financing on auto loans for new pickups, and Dodge has been running the “60-Day Handshake” promotion, where payments aren’t due for 60 days on new Dodge Ram pickups in case buyers want to return the trucks. The figure includes pickups, but also vehicles that technically use a “truck” chassis. The figure also represents sales of  SUVs, minivans and other vehicles that fall under the heading.

Gas prices not a factor

Modern car buyers certainly are aware of fuel consumption. Sales of hybrids are slowly but surely increasing, as are small cars that sip from the tank. That hasn’t slowed the sale of full size pickups.  Gas is now more expensive (around $2.80 per gallon) than it was at the height of the truck and SUV craze (less than $2 per gallon). However, most of the purchases were for work vehicles, as many businesses have not been able to afford to replace older work trucks and vans due to a lack of available auto credit.

Trucks are the bread and butter of domestic automakers. Ford makes the best selling pickup in the world, the F 150, set to debut with a turbo-charged V6 soon. Chevrolet, GMC and Dodge are not too far behind.