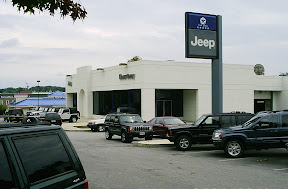 September auto sales are up from a year ago. September of 2009 had dismal sales figures. Just like home sales slumping after the expiration of the tax credit, the end of Cash for Clunkers saw car sales drop off slightly. However, modest gains have been realized since that time. However, September sales were only a slight improvement overall from August. The greatest gain in sales for the domestic brands was realized by Chrysler.

At the end of the Cash for Clunkers program, auto sales dropped. The auto industry has been clawing for gains ever since. Since September 2009, auto firms have been selling more cars at a steadily increasing pace in the U.S. The car industry in total marked a 29 percent increase since last year, according to Automotive News. Domestic auto firms realized great increases. Ford sales increased by 40 percent. General Motors sales increased by 11 percent. Chrysler sales shot through the roof, as the company marked a 61 percent increase. Only Suzuki sold fewer cars over the last year.

Down for the month

The increase may have been great for the year, but the month of September was slower than August. Many kids are returning to school, and no one wants a new auto loan if they have a tuition bill to cover. Chrysler gained over the year but marked a less than 1 percent gain since August. Ford had the best September sales with a 2 percent bump from August. General Motors saw sales fall about 7 percent over the last month. Despite Ford selling more by percentage, GM sold more vehicles by volume. According to CNN, auto industry insiders believe a good fourth quarter is coming.

The car industry, along with many other industries dependent on consumer spending, has been rocked by the economy. However, that is being resolved slowly but surely.