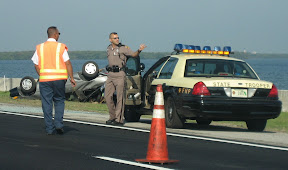 DOT secretary LaHood is mulling pushing for a national ban on distracted driving to prevent accidents. Image from Wikimedia Commons.

Distracted driving, or use of a phone while behind the wheel, is a hot topic. Many states already have full or partial prohibitions in place. The Secretary of Transportation, Roy LaHood, wants further study done into distracted driving. He has implied that he would like a total ban on phone use of any sort while behind the wheel. The DOT is pushing for study of the impact of using even hands free phone accessories on drivers.

Roy LaHood, the Secretary of Transportation, is meeting with the heads of major car manufacturers. He is going to ask for cooperation from the car industry in reducing distracted driving, according to Automotive News. There has already been numerous public campaigns for an end to driving while using a phone. The Department of Transportation has spearheaded a public campaign already to raise awareness of the dangers. Oprah had her own crusade against texting while driving. He has said that any use of a phone or other devices whatsoever is a distraction in and of itself.

Traffic laws are state and local concerns. The federal government has no jurisdiction, so a ban would have to be at the state level. The Department of Transportation is currently researching the impact of using hands free cell phone technology. Blue Tooth technology is already installed in car audio systems, but the idea is to find out if that is too much of a distraction in itself. The DOT estimates that 16 percent of all road fatalities were caused by distracted drivers.

Ban in place in most states

So far, 30 states have already put restrictions against cellular phone use in place. LaHood seems to be aiming for a nation wide ban. He is already sternly opposed to car makers using social networking software, such as the Facebook feature being put forth by OnStar.