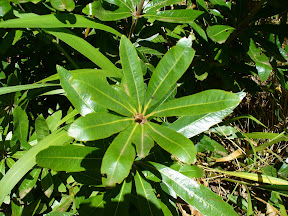 The Nissan Leaf is almost sold out already. Image from Wikimedia Commons.

There are two huge debuts this year for green vehicles, one being the Chevy Volt, and the other is the Nissan Leaf. The Nissan Leaf stands out as an all-electric car. The Leaf will be available for sale at dealerships by the end of 2010. The company began taking advance orders, but instead of only moving a fraction of the inventory, all advance order slots for a Nissan Leaf have filled up. However, it would only have been available in five states.

The Nissan Leaf has been hotly anticipated, as the first all-electric car from a major automaker. Nearly every other green vehicle that is offered is a hybrid, such as the Toyota Prius or Honda Insight. Nissan announced that advance orders would be accepted in April, according to the New York Times. Nissan had announced that the initial goal was to get 20,000 reservations booked by the end of the year, after releasing a test fleet that could be shown off. However, all 20,000 reservation slots have already been booked. The goal was met a full three months ahead of schedule.

The intent was to get 20,000 orders in by spreading word of mouth with demonstrations. Currently, there is a demonstration tour going around, and Nissan wanted this tour of the zero-emissions vehicle to result in at least 20,000 reservations by the time of the first release in December 2010. Initially, the Leaf will be available only in Washington state, Oregon, California, Arizona, and Tennessee. In January 2011, Texas and Hawaii will get shipments of the car. Full national sales will be underway by the end of next year.

Hybrid cars and electric cars are becoming the way of the future. It is likely that one day, there will be no more crude oil. As more consumers wish to decrease gas consumption and emissions, the time will come when electric vehicles become the rule, rather than the exception.