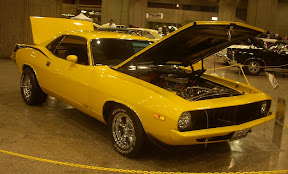 Chrysler might be resurrecting the scary-fast Plymouth Barracuda. Image from Wikimedia Commons.

Many Americans are nostalgic about muscle cars, and there’s a rumor that the Barracuda may return. Domestic automakers have revived the retro style in certain cars, especially in high-performance models. There has been buzz about the return of classics for some time, and the Barracuda in particular. However, there are some challenges, especially because Plymouth doesn’t exist anymore.

A possible return of the Barracuda

Recently, the design head of the Chrysler organization and head of Dodge, Roger Gilles, went to the SEMA, or Specialty Equipment Market Association, trade show, according to USA Today. It’s an elite event, only for people in the auto industry. He was asked about any new projects that were in the works, and he mentioned the Barracuda. He has been getting asked about it for a long time, and he seems to be serious about trying to bring it back. This doesn’t guarantee the return of the Barracuda, but it wouldn’t be the worst move to make. Other cars have gotten retro updates, such as the Ford Mustang and the Chevy Camaro. There was also the successful return of the Dodge Challenger and the Dodge Charger. The hitch is that the Barracuda was made by Plymouth, which doesn’t exist anymore.

The Plymouth Barracuda was an incredibly popular car among muscle cars. Plymouth made cars that had serious performance for a serious bargain. The first generation, from 1964 to 1966, came with either a straight or slant 6-cylinder, or a 273-cubic-inch V8, and had a base price of about $2,500. The car got a face lift for 1967, began being offered with a 426-inch Hemi V8 and became a serious pony car. Those model years with a Hemi 426 or a 440 are prized for mind boggling raw power, and the ultra-rare HemiCuda convertible is one of the most valuable cars in the world. Production was stopped in 1974.

Unfortunately, the Plymouth brand has been defunct since 2001. If Chrysler were to bring back the Barracuda, it would have to be under the Dodge or Chrysler name.