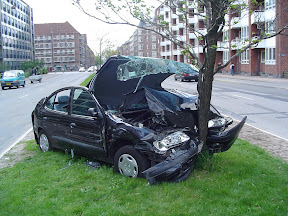 Most modern cars accelerate, brake and shift gears using pedals, and that has created some noted disadvantages that come naturally. Although installing a jet style throttle into your vehicle would be totally awesome, there hasn’t been a great deal of variation on the theme of separate accelerator and brake pedals. This can pose problems, as a person who jams a foot down in an emergency can hit the gas instead of the brakes, which can cause accidents, even fatalities. Masuyuki Naruse set out to try something else.

Masuyuki Naruse got the idea after two incidents in which he inadvertently hit the accelerator pedal instead of the brakes in the 1980s. Naruse (pronounced Na-ru-say) decided that there had to be a better way, according to the New York Times. He set about inventing a single pedal which would combine both braking and accelerating, that would always brake when depressed and avoided the drawback of sudden acceleration in the dual pedal system. His first prototype was finished in 1991.

Did not titillate Toyota technicians

The pedal combines both brake and accelerator, but it’s a little different. The foot pedal is the brake, and the accelerator is a lever that has to be operated with the foot. To speed up, you move your foot to the right. To brake, push down with your foot like you would normally. Toyota’s engineers tested the pedal about 10 years ago, but didn’t do much with it afterward. Naruse isn’t the first person to think of it either. Currently, a similar prototype is being tested in Sweden, invented by one Sven Gustafsson.

Studies have indicated the danger of dual pedals. In Japan, the Institute for Traffic Accident Research and Data Analysis observed 6,700 accidents, 9,500 injuries and 37 deaths from stomping on the wrong pedal in emergencies. In the 1980s, a psychological study by Richard A. Schmidt found that the foot can slip to the wrong pedal if neruomuscular processes are disrupted, which can be caused by an emergency situation. Naruse pedals are certified as street legal for 130 cars, and Naruse invited Akio Toyoda, president of Toyota to test the pedal himself, but Toyoda did not accept.