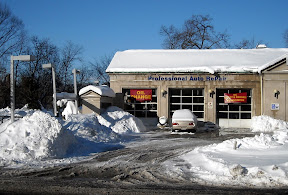 Goodwrench service stations will be getting a new name. Image: AgnosticPreachersKid/WikiMedia Commons/CC-BY-SA

General Motors, according to the New York Times, has posted its highest profits in 11 years. After emerging from bankruptcy, GM profits have been posted for the third consecutive quarter. For the third quarter of 2010, GM posted a profit of $2.1 billion, larger than profits of the previous two quarters combined. The GM IPO is about to commence, and posting such a large increase in profits bodes well for the company.

General Motors had become the symbol for largesse in car companies. However, after a quick bankruptcy and seeming change in attitude, the car giant appears to be turning around. The Treasury still holds a significant number of shares in the company, but the initial public offering of GM stock will pay off large portions of that.