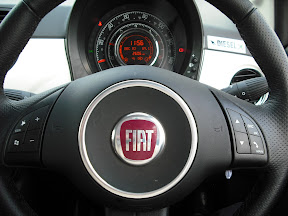 There is a problem with the steering on Mazda 3 and Mazda 5 cars from 2007 to 2009, prompting a recall. Image from Wikimedia Commons.

The day after the GM recall of crossover SUVs was announced, a Mazda recall was announced as well. The Mazda recall is a little more serious, as it affects a more vital part than the GM recall does. GM has some problems with seat belts, but certain Mazda models have a fault in the power steering system. Similar problems were noticed in Japan over the last few years, and those problems were documented and fixed. Mazda is issuing a recall in the U.S. to address the flaw.

Steer your Mazda to the dealership

The Mazda recall is being initiated over a fault in the power steering pump, according to the New York Times. The power steering pump starts accumulating rust internally, which can cause rust to enter the pump and cause the power steering to malfunction or shut down. The assistance of the power steering system could fail, making it far more difficult to steer and increasing the chance of an accident. Mazda knew of the problem by June of 2009, and the company has been keeping an eye out for how many vehicles it actually occurred in.

The defect was first noticed in Japan, and Mazda began an “improvement campaign,” tantamount to a recall, last year. The incidence rate was higher than it has been in the U.S. The company issued notices to American Mazda dealerships with technical data on how to fix the problem. According to the Salt Lake Tribune, the National Highway Traffic Safety Administration began an investigation into the problem. It received 33 complaints about the problem, involving three crashes.

Which Mazda vehicles are affected?

The Mazda models that are affected are the Mazda 3 and the Mazda 5, from model years 2007 to 2009, and there are about 215,000 of them in the U.S. Owners should take them in to an authorized Mazda dealership to have the problem fixed. Power steering issues are serious. If the steering column locks up and you can’t steer the vehicle as well, that can lead to a crash.