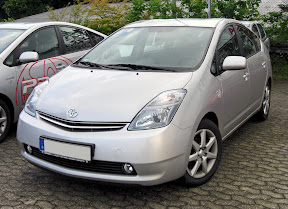 J.D. Power and Associates believes sales of green cars like the Toyota Prius will be only 10 percent of car sales by 2016. Image from Wikimedia Commons.

Marketing powerhouse J.D. Power and Associates does not think that hybrids or other green types of cars will sell well. Power thinks that a down economy and high buy-in costs may prevent hybrid cars from selling well for some time. Basic economics will often trump environmental considerations.

Price among biggest considerations when purchasing

The marketing and consumer research firm J.D. Power and Associates doesn’t have a lot of faith in the ability of hybrid or green cars to entice the masses away from their barbaric gasoline chugging ways and saving the earth one mile a time by buying a Prius, according to CNN. Power recently released its 2011 Green Automotive Study, an annual examination of the green car industry. Power found that people who desire to or do purchase an “alternative powertrain vehicle” consider fuel savings to be the primary motivator. However, Power also believes that lower fuel costs are offset by other factors that will keep hybrids and full plug-in electric cars from cornering the market for auto sales.

Power expects that by 2016, hybrids and electrics will only make up 10 percent of all vehicles sold in the U.S.. Part of the problem with green cars is that they cost too much right off the bat, and many federal tax credits for buying hybrid and electric vehicles are expiring. Consumers, in other words, will become less likely to pay a premium for a “green” technology as they realize they can pay less for comparable models. For instance, the base model Toyota Prius costs $23,050, but the base model Corolla, which is roughly the same size as the Prius, costs $15,600 and gets a very respectable 28 miles per gallon. The Nissan Leaf costs $32,000 before the government rebate brings the cost down to about $25,000, but the Sentra is about the same size, costs around $15,000 and gets about 27 miles per gallon. The Sentra can also drive more than 100 miles.

A recent study by the CarGurus.com, a car review website, found that many hybrid models are a waste of money in the long run, according to USA Today. The initial cost of purchasing the car, or the opportunity cost, is so much higher than a comparable model that a hybrid car owner will never have the car long enough to recoup the difference in gas savings. Fully electric cars also don’t have sufficient range to compete with internal combustion engine cars yet, either. Green technology does carry a premium, and that will continue to be a barrier as spending $20,000 or more to be eco-friendly is almost always trumped by a car that gets good gas mileage being available for thousands of dollars less. The most reliable way to save money on driving costs is actually to drive less.