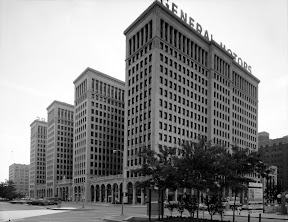 General Motors has announced a recall just days before its stock IPO. Image from Wikimedia Commons.

General Motors, in a case of absolutely horrible timing, has announced a large recall just before it is supposed to launch an Initial Public Offering of stock. The recall will affect 243,000 vehicles, mostly crossover SUVs. The defect is in the safety latch in the second row seat belt. GM issued a recall several months ago, and this second 2010 recall does not come at a fortunate time for the company. That said, the repair involved will be minimal.

According to USA Today, General Motors has issued a recall for at least 243,000 vehicles. The affected models have a defect in the seat belt latch in the second row of seats. The defect can lead people to believe the belts are fully latched when they are not, under certain conditions. Workers discovered the defect during warranty work on some vehicles. When the second row of seats is folded, it can cause a piece of trim to jam the belt buckle too far down the belt, so that it will not function properly. It can cause the release button to jam and not release or cause the wearer to think it has latched when it has not fully.

Most of the vehicles that need the update are in the U.S., but some are in other countries such as Mexico, Canada and Saudi Arabia. Owners simply need to take their vehicles to a dealership for a free repair.

This is the second GM recall this year. In June, GM issued a recall of 1.5 million vehicles because of a faulty heater for windshield wiper fluid, which might have caused fires. A GM IPO is expected any day now, which will likely lead to General Motors paying off the bulk of its auto bailout debt. This recall is nothing on the scale of the Ford Pinto or Firestone Tires recalls, but it is certainly unfortunate timing.