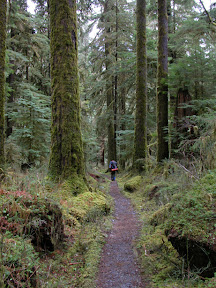 Even with an IPO coming up, GM won't be out of the woods with government debt. Image from Wikimedia Commons.

This year is the beginning of a resurgent General Motors. The company has begun posting profits again, after it had to take billions in loans from the U.S. and Canadian governments. While in the midst of a brief period of bankruptcy protection, General Motors has begun shedding the under erforming brands. There is also a change being made in leadership. Despite the company having started a return to health, it still owes a hefty sum to the federal government. Neither GM or the Treasury believes that the upcoming GM IPO will pay off the debt.

GM IPO will not pay debt in full

During the summer, General Motors announced that it was on the cusp of filing for an initial public offering of stock. The company duly filed the paperwork. The American government still owns the controlling interest in the company, as it holds about 60 percent of GM stock. In order to pay off the government, those shares have to be sold on the market to investors. However, according to the New York Times, GM does not expect that the loans from the auto bailout are going to be paid back all at once.

In order for the company to prove that a couple of solid quarters are not just a fluke, there has to be a track record of profitability. The new Chief Executive of General Motors, Daniel Akerson, immediately claimed that selling all of the shares the government holds at once is not a feasible goal. He told a group of reporters at a recent press briefing that the auto conglomerate needs to build a history of solid performance again before the government shares can be fully divested.

General Motors has pared itself down to four core brands, being Buick, Cadillac, Chevrolet and GMC. The outgoing CEO, Ed Whitacre, announced his retirement as soon as the second profitable quarter in a row was posted.