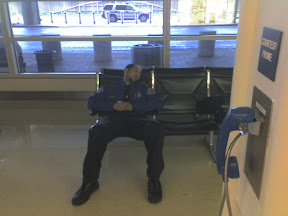 It is better to grab a nap than risk becoming a drowsy driving statistic. Image from Wikimedia Commons.

People are warned to nap if tired behind the wheel for good reason, as drowsy driving is dangerous. The idea that you should pull over and grab a nap is not just an old wives’ tale. A recently released study indicates that almost a fifth of crashes that result in fatalities involved a drowsy driver. And it may be even more prevalent than previously thought.

A new study has been released about drowsy driving. The study was done by the American Automobile Association, (aka AAA). Drowsy driving was involved in 16.5 percent of fatal accidents. A driver behind the wheel while tired was also involved in 13.1 percent of accidents where a victim was hospitalized. A drowsy driver was involved in 7 percent of all crashes where a vehicle is so damaged it has to be towed. Males were two-thirds of sleep deprived drivers in accidents. Sleep deprived drivers in accidents were twice as likely to be 16 to 24 years old than drivers 40 to 59 years old. Of the accidents in the study, 57 percent involved a sleepy driver drifting through lanes or going off the road.

There has been more than one report claiming that Americans sleep less than they used to. Estimates have varied, but it is suggested that most people sleep 7 hours or less per night, compared with the suggested 8 hours of sleep per night. In 2000, a New Zealand study suggested, according to CNN, that sleep deprivation impairs a person as badly as alcohol. That said, drowsy driving results in fewer traffic fatalities, injuries and accidents than drunk driving does. That said, it is still a risk to traffic safety a person should not take.

How to avoid it

The risk of falling asleep behind the wheel, according to the AAA study, diminishes 50 percent if a passenger is present. Pull over and find somewhere to rest if you feel drowsy, and grab some coffee or a caffeinated drink. Also, get at least 8 hours of sleep before any long trip.