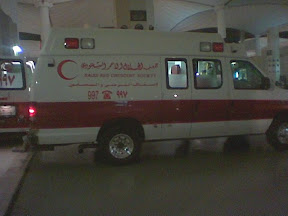 You didn't want or need EMS at your fender bender? You're getting billed anyway. Image from Wikimedia Commons.

Car accidents are not something anyone likes dealing with. Paying an auto insurance deductible is not fun, nor is dealing with the physical repercussions of the event. Motorists now have something else to contend with. There is a new idea that emergency service departments are starting to use, called a crash tax. If you get in an accident outside of the area you live in, regardless of fault or if you get injured, and get checked out by EMS, expect a bill — a large bill.

‘Crash tax’ bills are regardless of fault

The way the ‘crash tax’ works is relatively simple. If a person, outside the tax jurisdiction he or she lives in gets in an accident and is checked out by emergency services — even without asking — that person gets a bill for it. The bill is not huge, but it isn’t much to sneeze at either. Typically, it appears to be a few hundred dollars. New York Times reports that one crash tax bill recipient was billed $200, and a Chicago Tribune piece profiled a woman who received a bill for $350. Neither asked for treatment of any kind from emergency service personnel, nor had to seek treatment from a hospital.

Some states will not have it

Several states have banned the practice, though they are a minority. So far, Alabama, Arkansas, Georgia, Florida, Indiana, Louisiana, Missouri, Oklahoma, Pennsylvania and Tennessee, according to Injuryboard.com, have banned a crash tax. However, often the decision is not made at the state level, but by municipalities. Also referred to as “resource recovery,” the primary motive is to recover funds lost by providing response personnel at the scene of an accident to people from out of the district. Currently, municipalities in 24 states have the crash tax, and fees are especially steep in California.

Insurance does not cover it

Often, a people will be billed for EMS response even if they do not themselves request to be checked out by medics, which an insurance company will not cover. Insurance companies and many other organizations oppose it.