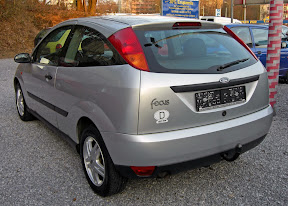 Though hybrids are the flavor de jure, compact cars like the Ford Focus are starting to become more popular. Image from Wikimedia Commons.

Compact cars have not been huge sellers in the U.S. in the past. However, car makers think that may be about to change. Gas consumption and eco-consciousness have become part of the automotive landscape. People aren’t thinking of buying a brand new SUV the size of a house so much anymore. Automakers are starting to bring smaller gas sipping models to the American market. The lower price point and low monthly gas tab are strong selling points in current conditions.

Speculation has been rampant that Fiat would try to launch a new model in the U.S. since the company acquired Chrysler. It isn’t known whether Fiat definitely plans to enter a new model on the market. However, Fiat has called on Chrysler dealers to start offering the Fiat 500, a wildly popular subcompact overseas. The Fiat 500, according to CNN, would be a smash it among those mindful about economy and ecology. The cheaper model comes with a two cylinder engine, which gets 56 miles per gallon. Fiat already has a plant in Toluca, Mexico. The success of the Mini Cooper with viral marketing dictates that it is possible, if handled correctly.

A new breed of BMW

BMW is about to launch a new line of cars in the U.S. The details aren’t completely available yet, but BMW is definitely going to introduce a new line to the U.S. market, according to Automotive News. The new offerings will be front wheel drive and feature four cylinder motors. The BMW 1 series is the budget model already available in the U.S. Mercedes does have a budget compact line, but those models have never been sold in the U.S.

Ford is also pushing smaller models, according to Automotive News. The Fiesta is already selling like hotcakes. Ford is also going to try and push the new Focus. The company will focus on social marketing, just like with the Fiesta.