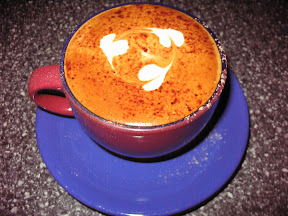 The 13 fired Chrysler workers would have been better off with coffee. Image from Wikimedia Commons.

A scandal was caused recently by a whistle blower report concerning workers from a Chrysler plant. A number of workers were caught drinking and using illegal drugs during their lunch break. The news was broken by a news station in Detroit that was tipped off. After the men were caught, a scandal began to brew, which Chrysler swore to resolve. The parties in question were initially placed on suspension. Chrysler has fired 13 of the participants and placed two more on suspension.

A tip was received by Detroit Fox affiliate WJBK 2 regarding the workers from the Jefferson North Chrysler plant, according to USA Today. The plant in question assembles the 2011 Jeep Grand Cherokee. The station was tipped off that workers from the plant would go to a local park to drink beer and smoke what appeared to be marijuana. The news crew filmed them repeating the ritual for five consecutive days, until finally the anchor on location asked them about what they were doing. At that point, the men fled back to the plant. To make matters worse, the investigative report comes days after a visit and stump speech by President Obama.

Thirteen canned in this case

Chrysler initially placed 15 workers on suspension. The rules of the United Auto Workers require workers be suspended and investigated before they can be discharged. There were 13 people fired, and two more placed on suspension, according to Automotive News. Chrysler also stated that quality control of builds is automated, and couldn’t be compromised. The UAW also issued a statement that the behavior of the terminated workers is not indicative of the quality of other UAW employees.

No drinking on the job

The era of the “three martini lunch” is over. Working with industrial equipment requires safety be paramount. Drinking and taking other illegal intoxicants is certainly contrary to safe practices.