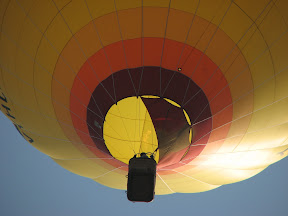 Are dealers' prices for the Chevy Volt going to be full of hot air? (Image from Wikimedia Commons)

The Chevy Volt, or Chevrolet Volt, is one of the most hotly anticipated offerings from General Motors. The car is a plug-in hybrid, thought to deliver fuel efficiency far above the Toyota Prius and the Honda Insight. However, there are troubling reports that dealerships might end up charging far above what they should for the car. News of the rumors were touched off by a response to Edmunds by an unnamed car dealer. It wouldn’t be the first car to be expensive upon the first limited release and then drop in price, as it’s a way to stoke demand.

Edmunds told price would be excessive

General Motors had initially suggested a price of about $40,000 for a brand new Chevy Volt once released, according to the Christian Science Monitor. The initial release is likely to be limited to about 10,000, as General Motors has the capacity to manufacture only 30,000 of the cars per year, which it plans to expand to 45,000 by 2012. The comments in question were over what the dealership planned to sell the Volt for once it received a few. The dealer, whose identity was not revealed, responded they would charge Manufacturers’ Suggested Retail Price plus a staggering $20,000.

Once news of this spread, a lot of people took to the Internet to complain about the possible gouge. GM released a statement that it doesn’t control what dealerships charge, but it should be charging close to, if not exactly at, MSRP for the Volt. The Florida based dealership network AutoNation, sent out a memo that anyone caught inflating the cost for the Volt would be terminated. Consumers do not react well to the idea that they are being forced to pay far more than they should.

This is not the first time that this has been done, and it isn’t even a phenomenon unique to cars. Cellular phone companies do the same thing when they release their new state-of-the-art models. (T-Mobile G1 or Motorola Droid, for example.) A hotly awaited item is released in limited supply, at a high cost, so that demand builds, and once the price comes down, the people waiting to buy can afford to. A car that can drive roughly 40 miles before using a drop of gasoline will have high demand.