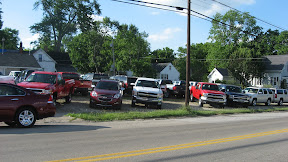 A trade group for auto dealers has voiced opposition to the government’s fuel standards initiative. The Obama administration has set a dauntingly high bar for fuel consumption standards. Currently, the goal is for all automakers to average 60 miles per gallon for their entire fleets by 2025. That goal for fuel consumption has been decried as unrealistic by a large trade group representing auto dealers. The group contends consumers will suffer for it.

The head of the National Automobile Dealers Association recently made a statement concerning the Obama administrations’ initiative for fuel standards, according to USA Today. The White House recently proposed raising CAFE standards to 60 miles per gallon in 2025. CAFE, or Corporate Average Fuel Economy, is a complex average of the fuel economy of all vehicles that a car maker produces, with the exception of vehicles over a certain weight. The National Automobile Dealers Association, Ed Tonkin, claims that the 60 mpg standard is unrealistically high. He also points out that the amount of work that will have to be done to raise fuel economy to those standards in 15 years will cost automakers a substantial amount of money.

Consumers to feel the pinch

Should automakers have to raise fuel standards through complicated engineering, the costs will be exorbitant. In the end, it is consumers who will have the cost passed to them at the lot. Considering the average shelf life of a vehicle, it will put a further dent in auto sales. Though sales are up for the auto industry over the year, sales are still technically down from more than a year ago.

The policy of the White House appears to be an emphasis on hybrid cars and electric cars. The Chevrolet Volt is being released soon, as well as the Nissan Leaf. The Leaf is the first truly all-electric vehicle to be released in the United Statest. However, more used cars are on the road than new, so prohibitively expensive new cars would certainly backfire on producers.