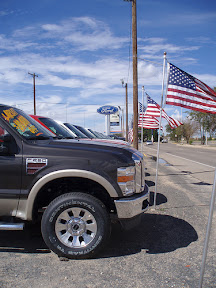 April car sales figures are being released, and domestic automakers appear to have made out like bandits. Ford, Chrysler and General Motors all experienced considerable sales increases as higher gas prices sent consumers looking for more fuel efficient vehicles. However, sales of hybrid models were not behind the rise in sales.

April car sales figures are being released, and people are starting to buy vehicles that are more fuel efficient and less costly as gas prices near $4 per gallon. However, buyers didn’t flock to dealerships for hybrids. The boost in sales for the Ford Motor Company, for instance, was driven by more people buying fuel efficient cars and crossover models, according to USA Today. The non-hybrid models of the Escape and Fusion sold very well, along with the new Ford Explorer, which is crossover model rather than a full-size SUV. General Motors posted record sales figures for the Chevrolet Equinox and the GMC Terrain. Ford reported a 16.4 percent increase in sales, Chrysler reported a 22 percent gain and GM reported a 26.6 percent rise in sales for April.

Foreign auto firms also managed to do well in April. Hyundai, according to CNN, had its second best month in the U.S. in the company’s history, posting a 40 percent gain over April of 2010 and selling more than 65,000 vehicles. Kia reported sales increasing by 56.7 percent. Japanese automakers did not fare as well. Nissan reported a 12 percent boost in sales, Honda reported a 9.8 percent increase and Toyota only managed a 1.3 percent increase in sales. Toyota has a looming supply problem; the very popular hybrid models it offers have to be shipped to the U.S. and its manufacturing capabilities were crippled by the tsunami and earthquake.

Americans have been switching to smaller cars and crossover SUV models for years, and the trend is showing no sign of slowing down. Though the April sales figures showed boosted sales of crossover models, small cars like the Ford Fusion and Chevrolet Cruze sold very well for domestic automakers, while hybrid models remained relatively flat. The hybrid models offered by Toyota and Lexus, however, still sell very well. The Prius is the best selling hybrid in America, and the Lexus CT was reduced to a 10-day supply nationwide because of reduced supply from Japan.