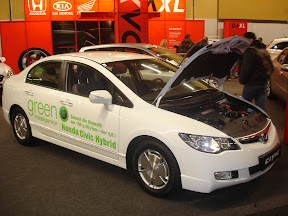 The White House is said to be proposing that fuel economy standards, or CAFE standards, for automakers be set at 60 miles per gallon by 2025. Current CAFE standards mandate that car makers hit 35.5 miles per gallon by 2016. Fuel standards are not tied to a single model, but an average of all models offered by a car maker. The mileage is also not the actual mileage, but rather an equivalent of gas mileage for the amount of emissions.

One of the platforms that Obama ran for president on was improving energy standards. The White House already passed regulations that raise fuel standards to 35.5 mpg by 2016. According to USA Today, the White House is going to try to raise them again. This time, the goal may be for automakers to reach an average of 60 mpg by 2025. However, the new standards aren’t set in stone yet. The new CAFE Standards wouldn’t pass into law until 2011 or 2012.

How standards are determined

The fuel economy standards are known as CAFE standards, or Corporate Average Fuel Economy. CAFE Standards, according to Wikipedia, do not dictate what every car model has to get. Instead, it is an average of the usual fuel  consumption of every vehicle a manufacturer has on the road. The regulations were first passed in 1975. The last significant CAFE standard increase was in 1990, when standards were raised to 27.5 miles per gallon. In 2011, standards will increase to 30.2 miles per gallon.

The purpose of this legislation would be to encourage, through law, the manufacture of hybrids or electric vehicles. There are several catches, of course. Not everyone can afford a new car or is willing to buy one. Also, electric and hybrid vehicles are not up to certain tasks. A full-size pickup is needed to tow some loads, and to access certain job sites which a compact hybrid would not be able to.